Due to rising of federalism many administrative structures are changed. Western regional traffic office, Butwal was looking the traffic management before the Gandaki province mechanism. This province office is established at the date of first shravan 2075 BS. Gandaki Province Traffic Police Office (GPTPO) was established in Gagangauda, Kaski to monitor, supervise and control 11 district traffic police office and traffic activities in Gandaki province. In this province there are 11 districts including two Himalayan districts Manang and Mustang, eight hilly districts Lamjung, Tanaun, Gorkha, Kaski, Syangja, Parbat, Myagdi, Baglung and one terai district Nawalpur. Due to complex geo structure of this province there are narrow roads, many raw and gravel roads, too much uphill and downhill roads, water resources in road and many other complexes makes this state more challenging to manage traffic activities and minimize accident rates. The sides related to roads and transportation must have to use those challenges as opportunities to develop the transportation sector by giving it first priority and have to make temporary and permanent plans and must have to apply it in time.Every single day and night being worked on road  during ordinary and special occasion to manage and control traffic flow, enforcing current law, rescuing  victims of accidents and help them to get justice, fine those individuals who goes against the law and managing VIP/VVIP movement and getting involve in the car-cade is not just an easy task. But traffic police do these jobs responsibly without any hesitations.Effort shown by only traffic police is not sufficient to manage traffic flows and minimize accident rates, for that citizens must be educated and responsible from their sides too. During Public-Police partnership campaign every single unit of Gandaki Province Traffic Police Office held a program for traffic awareness. To increase mass consciousness many traffic police officers held programs in schools, villages and towns. Students, locals, drivers, pedestrians and the people involved in transportation business were targeted for the program. During these programs it is considered that people got educated and at other hand they got friendly with police. Gandaki Province Traffic Police Office is in high moral to take our duties and responsibilities. There is no such a doubt that this office is going to grab best results rather than before.

Our mission is to make effective and technology friendly traffic management for reducing the road accidents.

Responsibility of each Traffic Police to Length of Road (Ration)

Responsibility of each traffic police to number of vehicles (Ratio)

The total number of population in Gandaki Province is 2.404 million. If we assume all these people use road then the ratio to each Traffic Police will be, 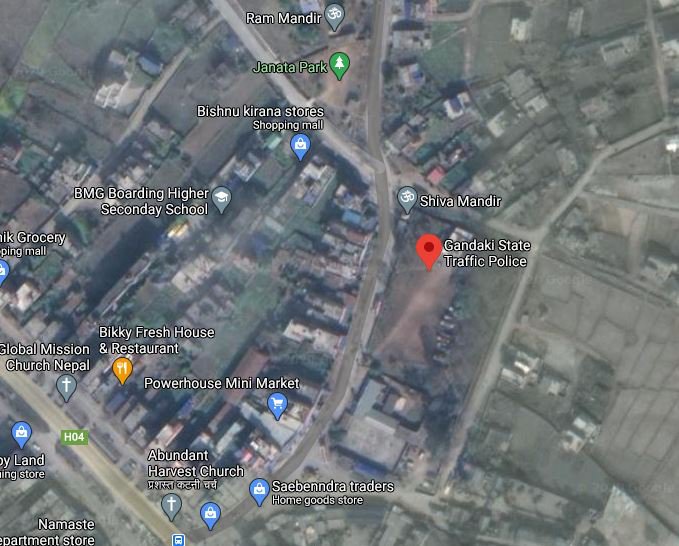